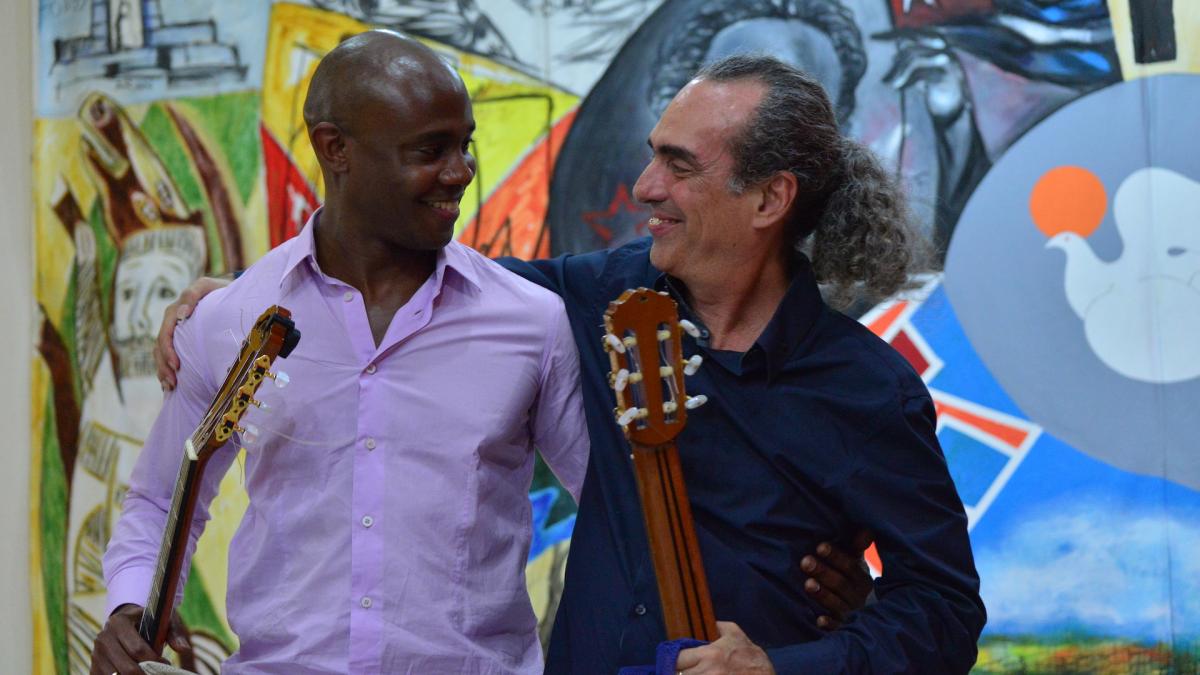 £5 tickets "for those who need them - no questions asked"

Described as “a true pioneer” (Classic FM Magazine), award winning London-based Cuban guitarist, Ahmed Dickinson Cardenas, is one of the finest performers of the Cuban classical guitar school. Recent engagements include performances at the Royal Albert Hall and Barbican, as well as a tour to Spain, Malta, Azerbaijan, England,Scotland and Ireland promoting his sixth album “The Bridge” in collaboration with Grammy nominee composer Eduardo Martín.

Dickinson Cardenas is widely recognised as an ambassador both for the music and musicians of his native country. In 2008, Ahmed founded Cubafilin Records – a record label dedicated to the exclusive promotion of Cuban musicians and their original works. For nearly ten years, Dickinson Cardenas enjoyed the great privilege of collaborating with the prolific late guitarist and composer - Jose Antonio (Ñico) Rojas. Ahmed transcribed Rojas 39; extensive unpublished works during this period, and
subsequent performances and recordings earned two prizes at the Cubadisco Awards 2009, Best Instrumental Soloist; Best Instrumental Album. The same album was nominated for Best Artist; Best Newcomer in Songlines World Music Magazine, and Best Album; and Best Single at the Latin American Music Awards UK.

Eduardo Martín (Havana 1956) is an internationally recognized guitarist and composer. He is one of the most sought-after composers of contemporary guitar; and his works are performed and recorded on five continents, reaching ever-higher levels of diffusion.

His music catalogue includes a large number of works for solo guitar, voice and guitar, as well as instrumental duos, trios, quartets, chamber ensembles and symphony orchestra. He has also written soundtracks for theatre and film. In his frequent international tours, he performs recitals, master classes, seminars andworkshops, to great acclaim by both specialists and general audiences.