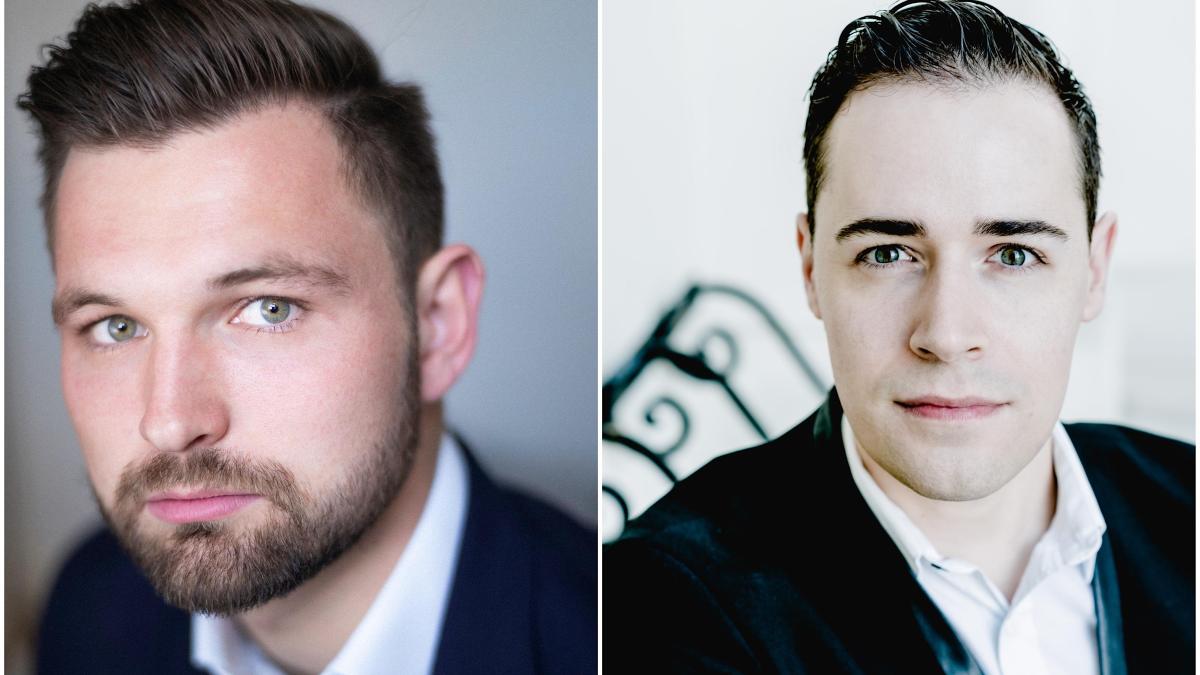 Schubert’s Die schöne Müllerin explores themes of unrequited love, jealousy and heartbreak as a young man falls in love with a Miller’s daughter over the course of twenty songs.

Celebrating the 200th anniversary of its composition in 2023, Die schöne Müllerin is simple in design yet emotionally rich. Schubert draws his inspiration from folk-song and fashions the cycle into a stirring narrative that explores a wide variety of scenes and emotions. Often regarded as the first major song-cycle in the lieder repertoire, Die schöne Müllerinwould become a blueprint for the composer’s later song-cycle, Winterreise.

“Newby’s is a wonderfully even baritone voice, velvet-smooth and secure throughout the range with an unshakable technique.” Opera Today

“Newby can do it all and does it with more finesse and maturity than you would expect from a twenty something.” De Standaard

“The Irish pianist Niall Kinsella, who trained in Dublin and later in Vienna (with Barbara Moser), is a first-class calling card as a knowledgeable and profound song accompanist.” Merker, Austria

James Newby is a former BBC New Generation Artist and Rising Star for Orchestra of the Age of Enlightenment. He was nominated by the Barbican Hall for the European Concert Hall Organisation Rising Star scheme and will be presented by them in recitals throughout Europe in the 22-23 season. A recipient of the Richard Tauber Prize for best interpretation of a Schubert Lied at the 2015 Wigmore Hall/Kohn International Song Competition, James has since enjoyed a close relationship with the Hall. Most recently, he has been awarded a prestigious Borletti-Buitoni Trust Award, in recognition and support of his emerging status as one of the most outstanding young musicians of his generation.

The release of his debut solo CD Wonder as I Wander on BIS Records in 2020 with pianist Joseph Middleton was the winner of the Diapason d’Or Découverte and described in Gramophone Magazine as “a performance that sets the tone, announcing Newby as an impressive artist”.

In September 2019 James joined the Ensemble of the Staatsoper Hannover where in 2021 he garnered particular praise for his performance of Eddy in Mark Anthony Turnage’s Greek. Other important role debuts in Hannover include Guglielmo Così fan tutte and the title role in Eugene Onegin. Future opera plans include debuts with Opera National du Rhin and Liceu Opera Barcelona. On the concert platform James has sung Berlioz with the BBC Symphony Orchestra, Mozart with the London Philharmonic Orchestra and Handel with the Britten Sinfonia. He has also appeared in other baroque repertoire with conductors David Bates, Jonathan Cohen and John Butt. 2022 concert highlights include Die schöne Müllerin with Simon Lepper at the Wigmore Hall, and Bach St Matthew Passion arias in his debut with the BBC National Orchestra of Wales conducted by Harry Bicket. He has toured in Europe with the Orchestra of the Eighteenth Century and made his US debut with the Cincinnati Symphony Orchestra and Juanjo Mena.

Pianist Niall Kinsella has fast established himself as one of Ireland’s most exciting and sought-after accompanists and art-song specialists. He has been described as “a meticulous collaborator” (BBC Music Magazine) and “a first-class calling card as a knowledgeable and profound song accompanist” (Merker-Austria). He has performed extensively across Europe, in Austria, France, Spain, Hungary, Czech-Republic, Italy and United Kingdom, in venues such as Wiener Musikverein, Wiener Konzerthaus, Mozarthaus Wien, The Liszt Academy, Budapest, St Martin-in-the-Fields, London, and National Concert Hall, Dublin.

His debut CD John F. Larchet: Complete Songs & Airs was released internationally on Champs Hill Records (UK) in 2020, and his second CD, Schubert’s Women, for Austrian label Gramola Klassik was released in 2021. In 2020, Niall recorded Schubert’s Die schöne Müllerin with tenor Eamonn Mulhall, and this recording has since been broadcast in its entirety three times on RTÉ lyric FM.

Niall studied at the Royal Irish Academy of Music, Dublin, where he took a Masters in Music Performance, furthering his postgraduate studies in lieder accompaniment and chamber music at the University of Music and Performing Arts, Vienna, with Professor Barbara Moser. He completed his studies in Lieder accompaniment at the Franz-Schubert-Institut, in Baden-be-Wien, Austria, and at the International Summer Academy of the Mozarteum University, Salzburg.